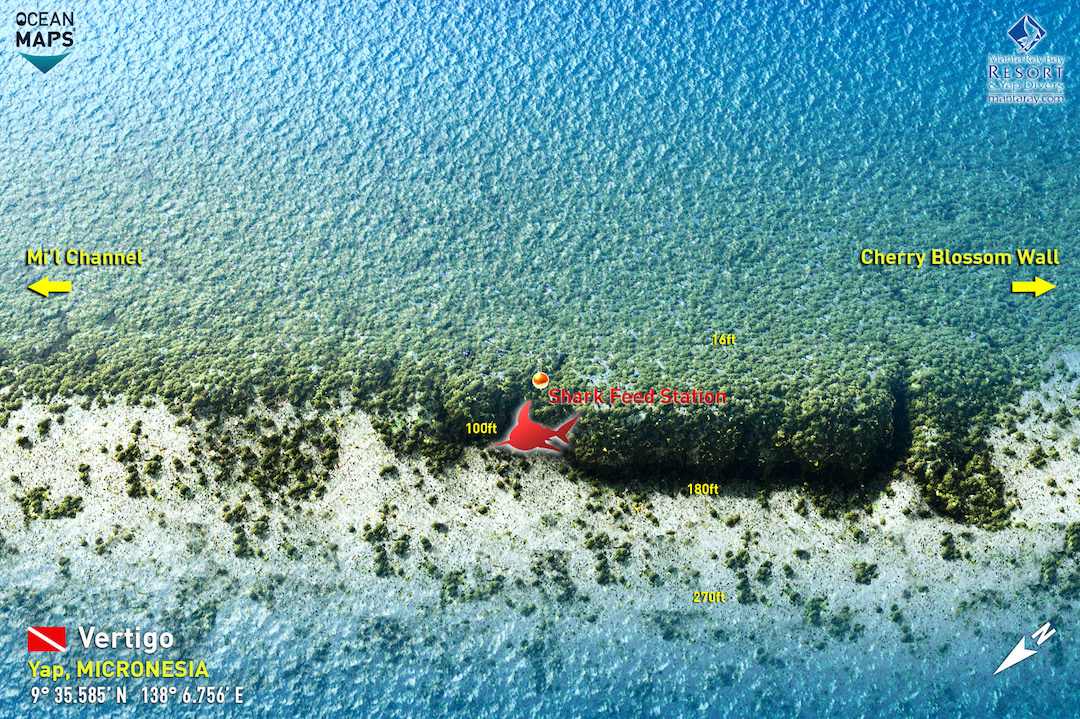 Vertigo is home to our school of grey and blacktip reef sharks. Located on the West coast of the island south of M’il Channel, a 25 to a 35-minute boat ride.

One of the best shark dives in Micronesia, happening everyday. “It’s exciting to get in the water with so many sharks so close.”

Get as close as you are comfortable to these animals while they circle the reef. Workaround the reef wall shooting 360 degrees of shark behavior for as long as you want. Sharks in the blue, making tight turns between divers and swimming right up to your lens, and making eye contact.

When the water is clear, and it usually is, the black-tip shooting just off of the boat is incredible.

You can freeze the light and catch the dapple effect on the sides of these sharks as they circle you.

Shooting at depth with strobes

There are dramatic shots to pull at Vertigo using strobes down on the reef and over the edge of the wall.

The blues and gradient from the sun ball on a clear day make for high contrast images and when the water is really clear, you can read “Yap Divers” on the boat from 22m.

Drop down the wall and look up at circling sharks.

During our annual photography festival, MantaFest, we mix colorful sunsets, photographers from around the world, and Vertigo for “Sunset shark split” shooting.

This is also a popular snorkeling site due to the close encounters, you don’t need to dive, the action is good at the surface. 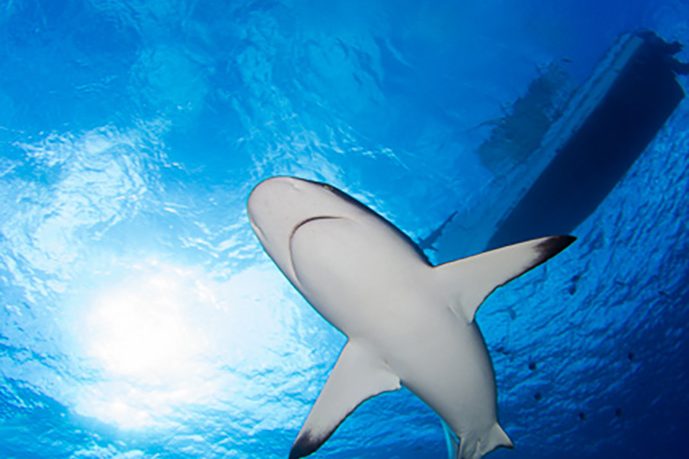 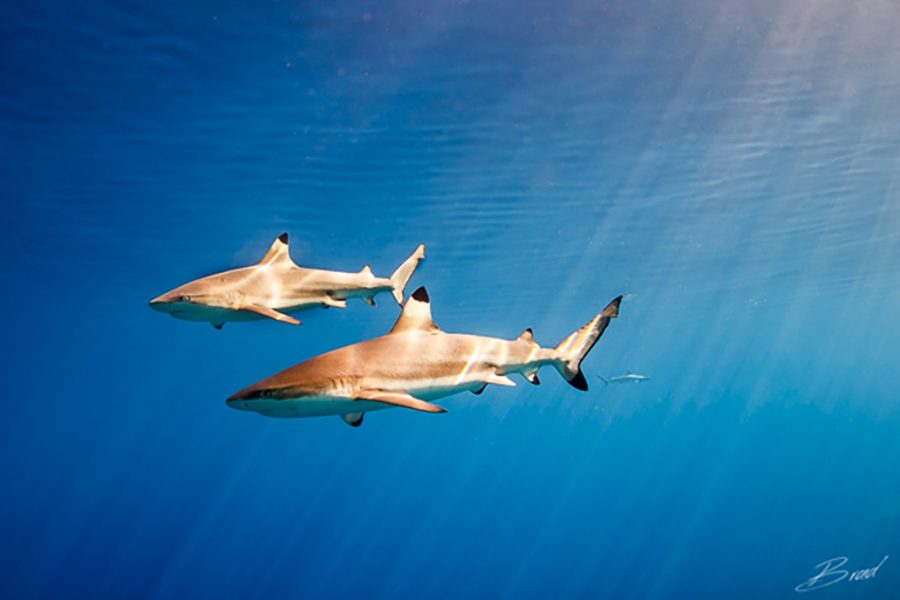 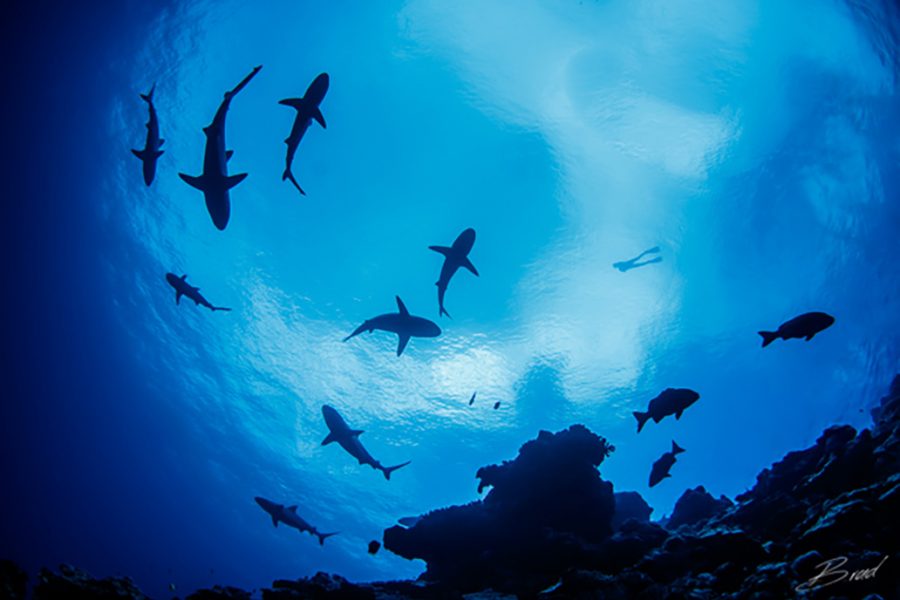 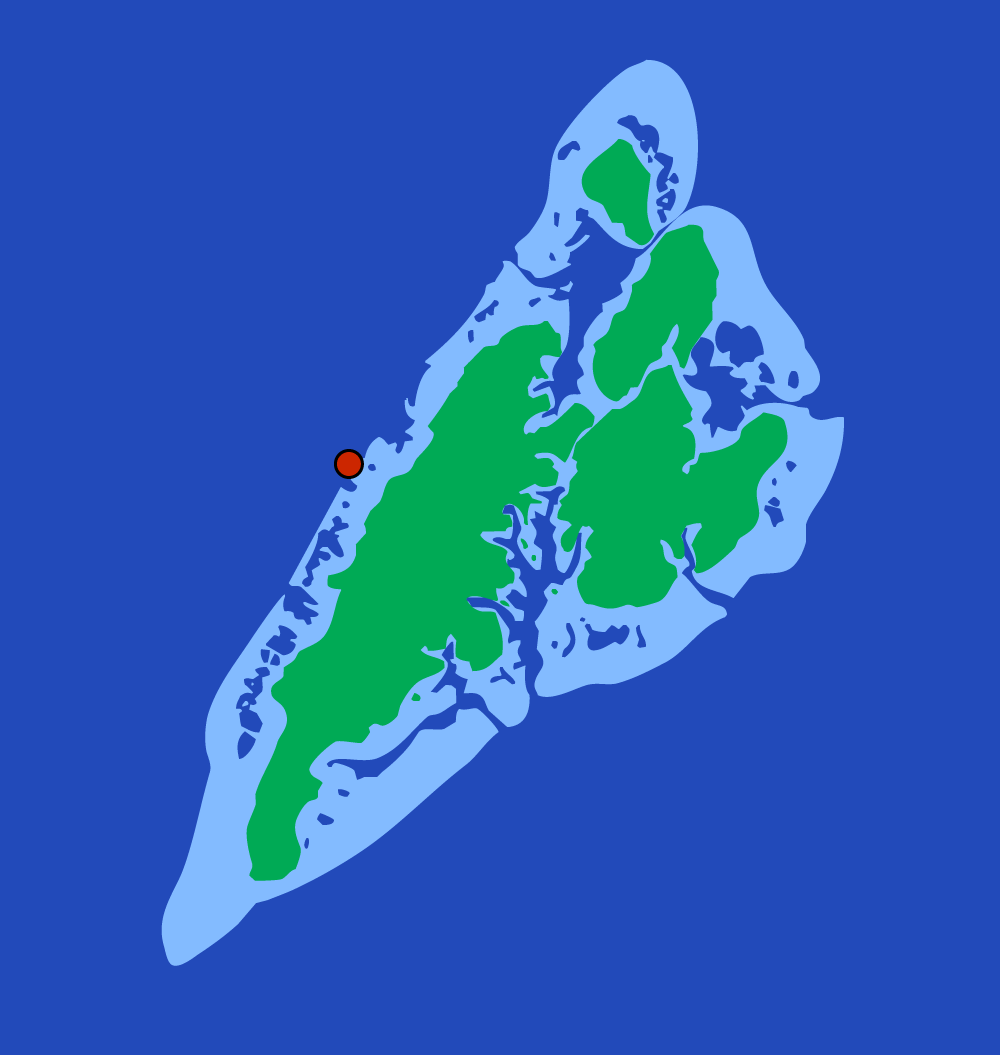